Chester Township is located about 40 miles west of New York City and features Victorian style homes and palatial estates. Throughout the year there are craft fairs, Victorian house tours during the holiday season, jazz concerts in downtown park, and other community events. It was established by an act of the New Jersey Legislature on April 1, 1799, from portions of both Roxbury Township and Washington Township, based on the results of a referendum held that day. Additional territories were acquired from Randolph Township (in 1806) and Washington Township (1840 and 1853). Portions of the township were taken on April 3, 1930, to form Chester Borough, a separate municipality surrounded entirely by Chester Township. The township's name is derived from Chestershire in England.

The earliest records of individuals settling in the area date back to deeds dated in 1713, for properties located near a point where two Lenape Native American trails crossed at an area called Black River. With the arrival of the Rogerenes in 1730, the area developed as an agricultural community, producing applejack, flax and wool, as well as raising cattle. It was incorporated on February 21, 1798 by the Township Act of 1798, enacted by the New Jersey Legislature, as one of the initial group of 104 townships incorporated in New Jersey. A burst of economic activity occurred starting in 1875 with the discovery of iron ore in the area, which led to the construction of dozens of mines, a blast furnace and many of the commercial and residential structures in the township date to that era. The discovery of far more abundant and productive mining sites in Minnesota's Mesabi Rangeended that boom after nearly 15 years. Chester returned to its farming roots in the 20th Century.

The township completely surrounds Chester Borough, making it part of 21 pairs of "doughnut towns" in the state, where one municipality entirely surrounds another. The township borders Mendham Township to the east, Randolph and Roxbury to the northeast, Mount Olive to the northwest, and Washington Township to the west, all of which are located in Morris County, while the Somerset County municipalities of Bedminster and Peapack-Gladstone lie to the south.

Students in public school for pre-kindergarten through eighth grade attend the Chester School District, together with children from Chester Borough.As of the 2014-15 school year, the district and its three schools had an enrollment of 1,834 students and 109.5 classroom teachers, for a student–teacher ratio of 16.7:1. Schools in the district are Dickerson Elementary School(grades PreK-2; 344 students), Bragg Intermediate School (3-5; 354), and Black River Middle School (6-8; 464).Dickerson and Bragg Schools are located on County Route 510, east of Chester Borough; Black River Middle School is on County Route 513 (North Road), north of Chester Borough.

Students in public school for ninth through twelfth grades in both communities attend West Morris Mendham High School, which serves students from the surrounding Morris County school districts of Chester Borough, Chester Township, Mendham Borough and Mendham Township. The high school is part of the West Morris Regional High School District, which also serves students from Washington Township, who attend West Morris Central High School. As of the 2015-16 school year, the high school had an enrollment of 1,334 students and 103.2 classroom teachers, for a student–teacher ratio of 12.9:1. 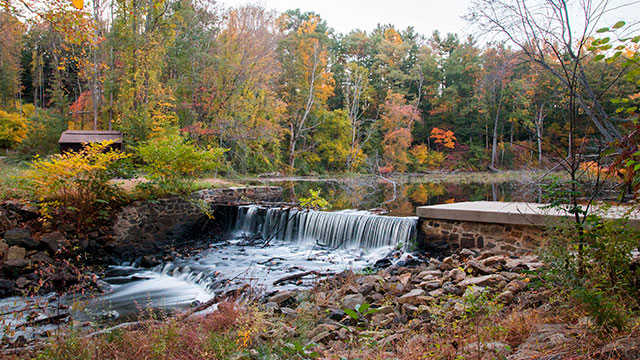 All information deemed to be reliable but not guaranteed. The data relating to real estate for sale on this website comes in part from the IDX Program of Garden State Multiple Listing Service, L.L.C. Real estate listings held by other brokerage firms are marked as an IDX Listing and reference the listing brokerage. This information is provided for consumers' personal, non-commercial use and may not be used for any purpose other than to identify prospective properties consumers may be interested in purchasing. The dissemination of listings on this website does not constitute the consent required by N.J.A.C. 11:5.6.1 (n) for the advertisement of listings exclusively for sale by another broker. Any such consent must be obtained in writing from the listing broker. Copyright © 2022 Garden State Multiple Listing Service, L.L.C. All rights reserved.

Please provide your name and email